Koreans have migrated to New Zealand for approximately 30 years. The experience of migrants over this time has not been uniform and can be understood in terms of different immigrant generations: the first generation (born in Korea), the 1.5 generation (arriving in NZ during their school years), and the second generation (born in NZ, or immigrating as a pre-schooler).

This paper draws on interviews with 31 Korean migrants to New Zealand to explore their sense of personal, communal and Christian identity through a case study method (a qualitative approach) with abductive inference. While all generations share a Korean communal sense of identity (U-Ri), they have different understanding U-Ri in different ways. This paper’s purpose is to explore the concept of U-Ri in Korean migrant situations within different generations and consider the relationship between this and Christian identity.

Briefly, the first generation participants describe U-Ri (Korean ethnic identity) as the same as Christian identity, so the gap between it and religious identity is less than for other generations. By contrast, the 1.5 generation perceives the U-Ri boundary not as Korean ethnicity but peer groups, generating some gaps between the two identities. The second generation shows a weak concept of U-Ri in relation to Korean ethnicity; as a result, the second generation tends to distinguish clearly between Korean ethnicity and Christianity. This result has potential implications for understanding and mitigating generation gaps in Korean immigrant churches. Also, this research as a practical theology helps listen to the marginal voices from Korean migrant Christians’ spiritual experiences. 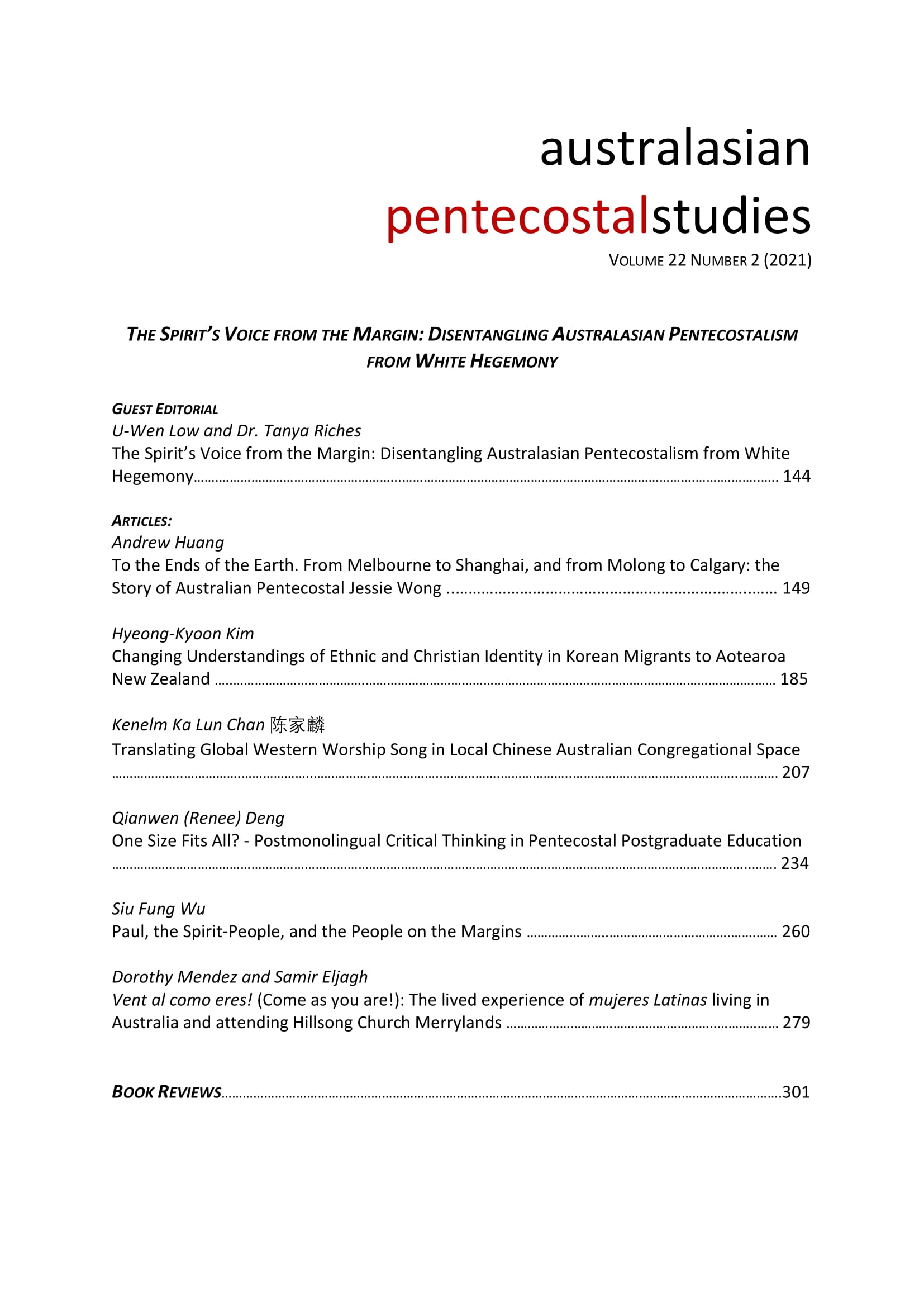 Special Issue: The Spirit’s Voice from the Margin